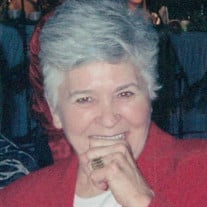 Donna Jean Smith, age 81, of London, Kentucky passed away Tuesday, April 12, 2022 at Laurel Heights Home for the Elderly. She was the mother of John Gilbert Smith and wife Regina and Michael Ray Smith and wife Debbie all of London, Kentucky; the sister of Connie Wagers of Manchester, Kentucky. She was also blessed with three grandchildren, Tiffany Saunders and Steven Todd Smith both of London, Kentucky, and Dr. Michelle Smith of Columbus, Ohio; one step-grandson, Joseph Thomas of London, Kentucky; four great-grandchildren, Houston Saunders, Jaxson Saunders, Dante Smith, and Serenity Smith; and one step great-granddaughter, Joselyn Thomas of Richmond, Kentucky. She is also survived by a host of nieces, nephews, and other family to mourn her passing. She was preceded in death by her husband of 63 years, Ray Smith; by her parents, John and Loma (Crawford) Curry; by her brother, Pete Curry. She was a member of the Eastern Star Golden Rule Chapter 111. Funeral services for Donna Jean Smith will be conducted Saturday, April 16, 2022 at 7:00 p.m. in London Funeral Home Chapel with Roger Hayre and Terry Smith officiating. The family of Donna Jean Smith will receive friends at London Funeral Home from 6:00 p.m. until the time of service on Saturday. Graveside services and burial for Donna Jean Smith will be conducted Sunday, April 17, 2022 at 2:00 p.m. at Freedom Cemetery. Serving as pallbearers will be: Mike Smith, John Smith, Todd Smith, Joseph Thomas, Chris Saunders, and Houston Saunders.

The family of Donna Jean Smith created this Life Tributes page to make it easy to share your memories.

Send flowers to the Smith family.