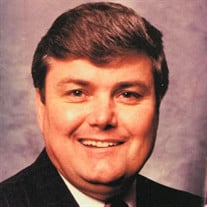 James Edward Dorn, age 73, husband of Deborah Kay (Sevier) Dorn of London, Kentucky passed away Friday at UK Medical Center in Lexington, Kentucky. He was the father of Kimberly Renee Long and husband Chris of Middletown, Ohio, Sheri Lynn Smith and husband Robby of West Chester, Ohio, and Heather Deeshae Farmer and husband Stewart of Corbin, Kentucky; the brother of Jean Ellen Able and husband Johnny of Abbeville, South Carolina, Robert Lee Dorn and wife Reba of McCormick, South Carolina, Steven Morgan Dorn and wife Shelia of Plum Branch, South Carolina, and Michael Otis Dorn and wife Rhonda of Calhoun Falls, South Carolina. He was also blessed with two grandchildren, Malori Daniele Smith and Caleb Edward Smith. He is also survived by brothers-in-law, sisters-in-law from both marriages and many nieces and nephews in many states and in England. He was preceded in death by his parents, Otis Morgan Dorn and Phyllis (Leaman) Dorn. Jim was a member of the Seventeenth Street Christian Church in Corbin, Kentucky, and retired from L & N Federal Credit Union after 33 years of service. He also spent four years in the United States Air Force honoring and serving his country overseas during the Vietnam Era. Jim loved his Lord, his church, family, and a a host of friends. His words were that he longed to be with God and spend eternity with Jesus in Heaven with family and friends who preceded him in death. Funeral services for James Edward Dorn will be conducted Saturday, September 25, 2021 at 1:00 p.m. in London Funeral Home Chapel with Pastor Mike Hopkins and Anthony Combs officiating. Burial will follow at Merrimac Cemetery. The family of James Edward Dorn will receive friends at London Funeral Home after 6:00 p.m. on Friday, September 24, 2021. Serving as pallbearers will be family and friends.

The family of James Edward Dorn created this Life Tributes page to make it easy to share your memories.

Send flowers to the Dorn family.