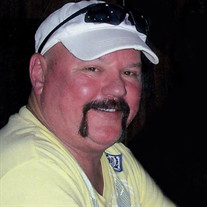 James Ivan Hatton, 63 of London, Kentucky passed away peacefully on Thursday, September 19, 2019 at the St. Joseph Hospital in London, Kentucky surrounded by his family. The son of Vanessa (Henry) Bowman and Junior Hatton, he was born on August 26, 1956 in Whitesburg, Kentucky. Ivan is survived by a sister Vickie (Steven) Underwood of Carey, Ohio. A brother Allen (Amy King) Hatton of Mims, Florida. A brother James (Nancy) Bowman of Cincinnati, Ohio. A sister Charlotte Lusk of DeLand, Florida and nieces Brook Underwood of Willoughby, Ohio, Chesleigh Underwood of Patterson, California, and Reva Brown of London, Kentucky, as well as several special aunts and uncles. He was preceded in death by his parents and a brother Owen "Rusty" Hatton. Ivan was a 1975 graduate of Columbian High School in Tiffin, Ohio. He earned his LPN degree in 1979 from Morristown Area Vocational Technical School. After spending many years in the nursing profession he changed careers and became an over the road truck driver. He spent several years working as an independent paramedical. He spent the last years of his life employed as a job coach for Independent Opportunities in London, Kentucky. Ivan had a fun adventurous, courageous, and loving spirit. He loved boating and camping at Holly Bay. He especially enjoyed traveling, cooking, and new adventures. He had an inherent green thumb and his peanut butter fudge was out of this world. He was a master in front of the grill. He loved sci-fi, family gatherings, and he had a keen knowledge of English history. He had a soft heart for four legged critters including his beloved pets Gizmo, Prissy, Tammy Faye, and Sasha. Funeral services for James Ivan Hatton will be conducted Monday, September 23, 2019 at 10:00 AM in London Funeral Home Chapel with Pastor Bobby Helton officiating. Burial will follow at Owsley Cemetery. The family of James Ivan Hatton will receive friends at London Funeral Home on Sunday, September 22, 2019 after 6:00 PM. Pallbearers are Aubrey Powell, Steve Underwood, Allen Hatton, Roy Hatton, Ken Sizemore, and Ray Parker. Contributions may be made to London Funeral Home.

James Ivan Hatton, 63 of London, Kentucky passed away peacefully on Thursday, September 19, 2019 at the St. Joseph Hospital in London, Kentucky surrounded by his family. The son of Vanessa (Henry) Bowman and Junior Hatton, he was born on August... View Obituary & Service Information

The family of James Ivan Hatton created this Life Tributes page to make it easy to share your memories.

Send flowers to the Hatton family.