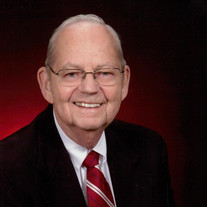 Lester Breeding, son of the late John Madden and Martha Anne Hall Breeding, departed this life on November 17, 2020 having lived to be 89 years of age. Besides his parents Lester was preceded in death by seven brothers: Vester, Daniel, Paul, Irvin, Almon, John, and Esrom and three sisters: Lona, Manervia, and Juanita. Lester was a US Air Force Korean War Veteran having served with the 58th, 136th, and 8th Fighter Bomber Wings of the 5th Air Force. He was a two-time graduate of Morehead State College (now University) and earned an EDS Degree in Educational Leadership from Eastern Michigan University, Ypsilanti, MI. He taught for eleven years in the Lincoln Park Michigan Public School System and served as a principal in the same school system for 20 years. After moving to Lexington in 1988 he became the Admissions Officer for Teacher Education and directed the Clinical and Field Studies for prospective teachers at Morehead State University, a position he filled until his retirement in 1996. Mr. Breeding was a Life Member of the University of Kentucky Alumni Association and an alumnus of the Morehead State University Alumni Association, and a Kentucky Colonel. He was a member of the First Baptist Church of London and was active in the Harold Mauney Sunday School Class and the Keenagers Organization. Lester is preceded in death by his wife Betty of 65 years. He was the proud father of Bradford Lester Breeding and father-in-law of Martha Bruner Breeding. He was the proud grandfather of Bradford Lester Breeding II (Ford) and Eleanor Madden Pearl Breeding (Madden). He has one surviving sister: Shelby Jean Jones of Garrison, Kentucky. Funeral services for Lester Breeding will be conducted Friday at 1:00 p.m. in London Funeral Home Chapel with Dr. Terry Lester officiating. Visitation will be from 12:00 Noon until 1:00 p.m. at London Funeral Home. Interment will be Saturday at 10:00 a.m. at Blue Grass Memorial Gardens 4915 Harrodsburg Road, Nicholasville, Kentucky, 40356. Serving as pallbearers will be: Keith Ballinger, Brent Ballinger, Rick Breeding, Mark Mitchell, Ford Breeding, Cecil Breeding, Ryan Reece, Monty Wilder, Woody Bird. In lieu of flowers memorial contributions can be made to, First Baptist Church, 804 W 5th St, London, KY 40741 or The America Heart Association National Center, 7272 Greenville Ave., Dallas, TX 75231.

Lester Breeding, son of the late John Madden and Martha Anne Hall Breeding, departed this life on November 17, 2020 having lived to be 89 years of age. Besides his parents Lester was preceded in death by seven brothers: Vester, Daniel, Paul,... View Obituary & Service Information

The family of Lester Breeding created this Life Tributes page to make it easy to share your memories.

Send flowers to the Breeding family.